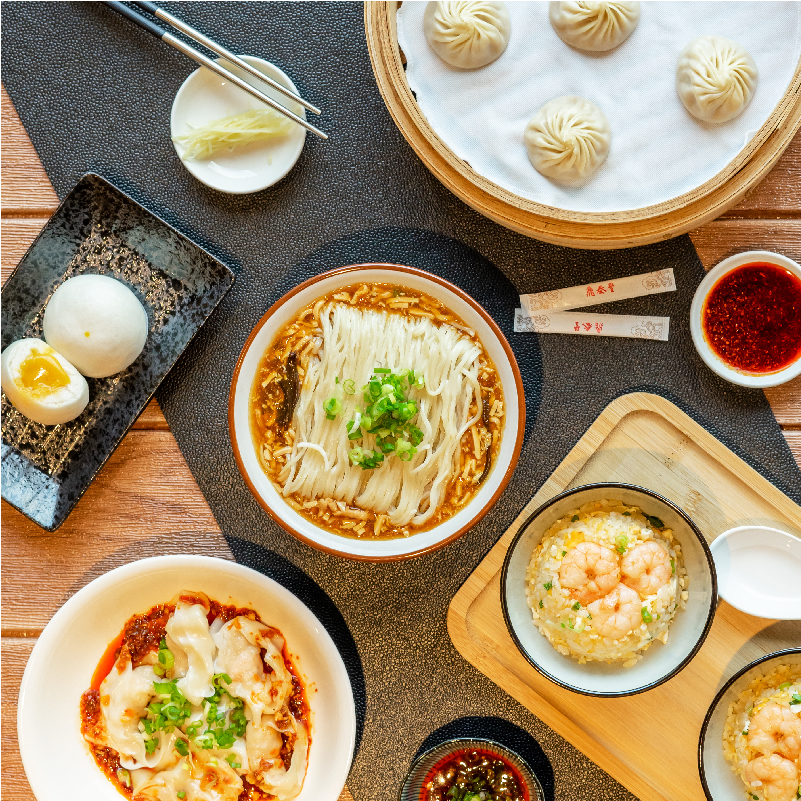 Din Tai Fung was originally founded as a cooking oil retail shop in 1958. As the consumption patterns of cooking oil started to change in the early 1970’s threatening the survival of the business, Din Tai Fung was transformed to a restaurant in 1972 serving Xiao Long Bao (Steamed Dumpling).

The Hong Kong branch was awarded one star by the prestigious Michelin guide, Din Tai Fung is also ranked as one of the World’s Top Ten Best Restaurants by The New York Times and is the only Asian restaurant on the list. Additionally, it was voted the Second Best Franchise for Travellers by CNN and ranked sixth in the list of “101 Best restaurants in Asia” released by US-based food website, The Daily Meal. Locally, the Pavilion branch has been voted as the top Chinese restaurant in Kuala Lumpur by TripAdvisor and as one of the top rated Chinese Restaurants in the Chinese “Dazhong Dianping”. Din Tai Fung Malaysia was most recently awarded the Innovative Restaurant Award at the prestigious Malaysia Tourism Awards 2014/2015 and Best Chinese Restaurant at the Time Out Food & Drink Awards 2017.